One of our local high school football teams made it to the state finals. After dominating the first half, they lost the game in a heartbreaking overtime - no jubilation shots for me. I really wanted shots that respectfully expressed the disappointment to go with the usual game action shots. While there were a lot of tears on the field, none of those shots really worked for me.

This was my favorite shot of the night, and it shows how sticking around a little longer can pay off. The team has a rabid fan base - the Raider Nation has nothing on these guys and gals. While everyone else was on their way to the showers, this player went to the stands thanking the fans for their support throughout the year. I think it tells the story well. 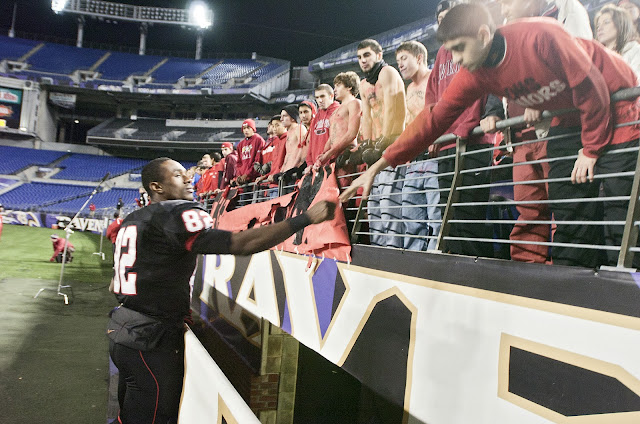 Although a picture of a coach talking with his team isn't unusual, with a little reporting - as in grabbing a quote from the huddle - the third effect kicks in and the picture means a little more. 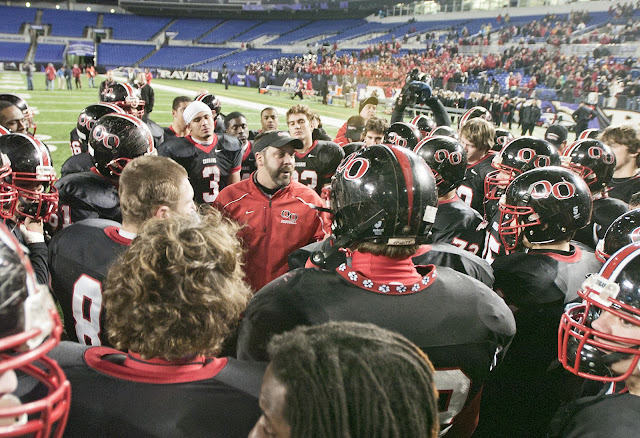 And I just love this shot. Local press focus so much attention on the teams and less on the supporting characters. It was the last football game for the senior cheerleaders, poms and band members as well. Including one very exuberant drum major. 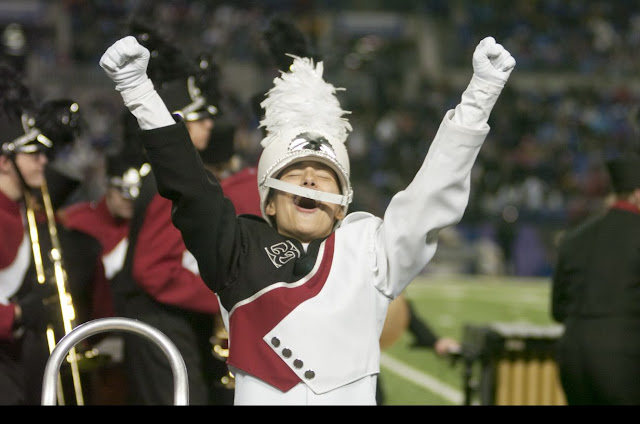 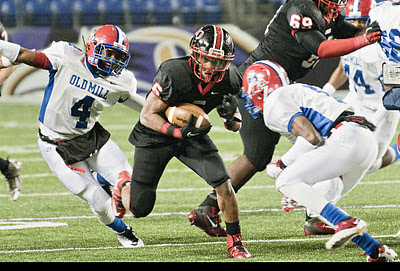 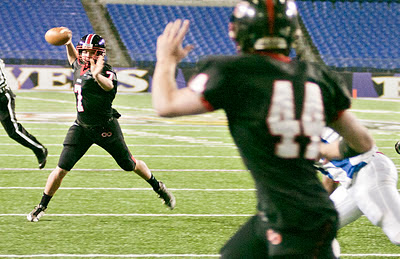 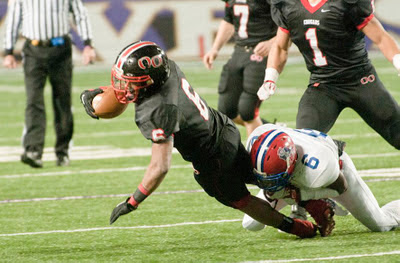 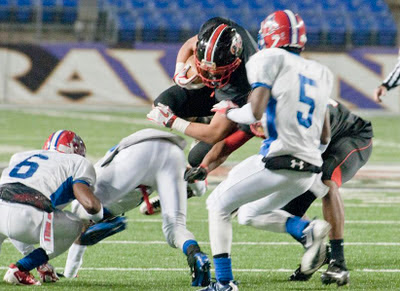